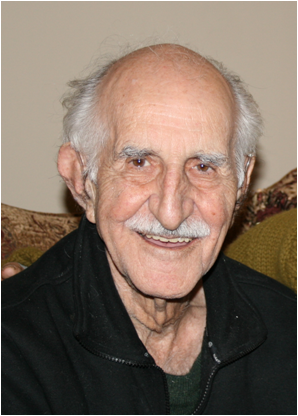 Dr. Farr finished his residency at Sina Hospital, worked as a Surgical Assistant performing anesthesia for 4 years at Iran’s National Oil Company (at the time AIOC, Anglo-Iranian Oil Company), before continuing his formal studies in Anesthesia at the Royal College of Surgeons in London, on a scholarship from the AIOC. Shortly after his return to Iran, he was invited to join the faculty at Tehran University School of Medicine where he pioneered a curriculum in Anesthesia and established its Anesthesia Department. During his 30 years of full time professorship at Tehran University, as the Chief Anesthesiologist of all university campuses, he started formal anesthesia trainings in various University Hospitals.

As a prominent member of a select group of physicians who lead and promoted progress in Anesthesia in the Middle East region, he helped establish the foundation of the International Congress of the Middle East Society of Anesthesiologists (IC-MESA), as well as the Iranian Anesthesiology Association (IAA), where he served two terms as the elected chairman in both organizations. In 1970 Dr. Farr served as the Vice Chair of the newly established Tehran University, Daryoush Kabir Medical Complex (now Shariati Hospital), where he established and chaired its Anesthesiology Department, with primary focus on in-flow of the latest medical equipment and clinical training, helping establish the hospital as of the premier teaching hospitals in Iran as well as neighboring countries. Dr. Farr was also one of the founding members of Arya Hospital in Tehran, Iran where he continued his practice until 1996.

Dr. Farr has designed many new methods and invented substantial improvements to various anesthesia equipment throughout his long career, with methods that were not only widely utilized but also bore his name on them. He has served many students and colleagues as a role model, in his continuous endeavors to push the frontiers of medicine, dedicating his life to enable and also help others achieve the highest level of care possible in all levels of society.

Relentless pursuit of knowledge and progress has excelled Dr. Farr in many areas of science, engineering, as well as mathematics and philosophy. In recognition of these lifetime achievements, in 1976 Dr. Farr was decorated with the “Iran’s Highest Scientific Medal of Honor”. In 2008, at the 10th National Congress on Anesthesia, which was held in Dr. Farr’s hometown of Tabriz, he was more recently recognized as the Founder of Modern Anesthesia in Iran (“Father of Anesthesiology of Iran”), among other formal recognitions and awards from the Iranian Society of Anesthesiologists and Critical Care, as well as many students of his, throughout his long career.

With lifelong achievements and contributions in education and scientific programs, Dr. Farr, continues his advancements in medicine at Vivid Medical, as our Senior Medical Advisor. His vast experience, insight and creative mind provide a strong foundation for our advanced medical device inventions and practical solutions.

Want to join the discussion?
Feel free to contribute!

Receipt for payment of 2016 dues
Scroll to top